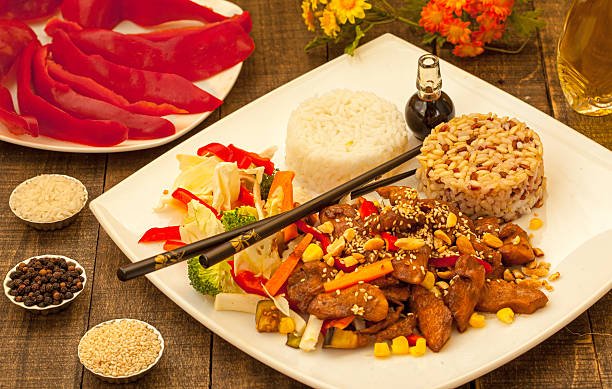 Dim Sim or Dim Sum – is it the same thing?

Spend some time in China and you’ll invariably be met with the greeting “have you eaten” (吃了吗). 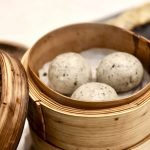 Chinese people love to eat and China boasts one of the world’s largest and most varied cuisines. In fact, dining etiquette is said to have begun all the way back to the Zhou Dynasty (1045-256 BC). Some of these practices may seem unusual to the modern Australian diner, but the great thing about food is that it brings people together no matter their cultural differences.

Australians love eating siu mai, especially with fish and chips. But its name proved too much of a mouthful for the English-speaking population to adopt. Can you guess what it is?
The simple Dim Sim, and it’s a great example of traditional Chinese cuisine adapted for the Anglo-Australian palate. 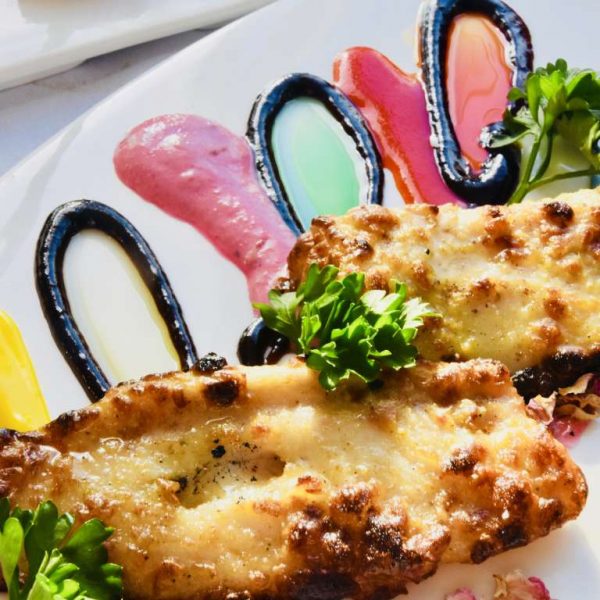 Despite being very similar in name, ‘Dim Sum’ and ‘Dim Sim’ actually have vastly different meanings!
Dim Sum is an umbrella term referring to the range of dumplings. In Australian restaurants, these bite-sized portions are often served under the moniker ‘Yum Cha’.

Dim Sum translates as “dot heart”: foods that are so small and dainty they dot your heart and don’t hit your stomach. These dishes can be steamed, fried or baked and are typically served on small plates or inside bamboo steamers. Examples of Dim Sum classics are BBQ Pork buns, Siu Mai and Custard buns.

While Dim Sim is the name of a Chinese-inspired snack of meat and vegetable filling, partially wrapped in a pastry.
East vs West
Noisy conversation and laughter are usual Chinese restaurant ambience. If the food is tasty the restaurant will be loud and Hulu at King Street Wharf is the perfect example.

With more than 20 years of Chinese and French culinary experience, Hulu Head Chef, Johnny Wu has noticed some trends between Western and Asian palates.
“Typically our Chinese guests enjoy the more salty, spicy dishes – especially if from Beijing. Dishes such as our 4-Day Tea Smoked Duck or Creamy Red Crab from the menu are always popular.”

The choice of dumpling can even denote someone’s home town. In Hong Kong the delicate flavour of a Prawn Dumpling is a winner while Beijing prefers BBQ Pork or Lamb Buns and in Shang Hai soup dumplings are a must. At Hulu, the Jumbo Soup Dumpling are a favourite.

Dumplings are served for breakfast in Australia, lunch in Guangzhou and Hong Kong, and dinner in Beijing. Steamed or fried, they are best eaten hot at any time of the day.
North, south, east or west remember to greet your friends: “Have You Eaten”?
Dim Sum. Get some.

It is impossible for anyone to deny how strangely amazing Asian culture in general, but especially Chinese culture, is. If we look closely we could well swear it comes out of some fantasy book.
Respect and hospitality are undoubtedly two of the qualities that always come to mind when referring to this great nation.

But undoubtedly one of the things that attract us the most is its cuisine. The term “exotic cuisine” is ideal to define it, because its textures, combinations of flavors and even the way of preparing the most delicious dishes are extraordinary.
Anyone who has walked through Chinese cities will not let me lie when I say that if there is one thing the Chinese people care about, it is that everyone has enjoyed a warm dish.

I must tell you that if you have never tasted Chinese food, you are missing out on a delicacy worthy of the gods, as they would say popularly.

There are many great culinary recipes that leave us wanting more, but for Australians and all visitors who come to Hulu, one of the best Chinese restaurants in Australia, at King Street Wharf, Dim Sum is the star dish. No matter what time you decide to visit the restaurant, a Dim Sum should be part of your order and when you finish reading you will understand why.

Described by diners themselves as something that goes far beyond a simple appetizer, but as a culinary experience on another level or, as the name suggests, “bites that go to the heart” and not the stomach, a plate of Dim Sum is a constant for any visitor to King Street Wharf’s Hulu Chinese Restaurant.

Australians have come to love it and the Chinese who come to the restaurant are fascinated by the flavor that the chef is able to put into such an appetizer.

Dim Sum is an Asian appetizer of Chinese origin that has conquered palates around the world and that is why they deserve their space here.
Originally Dim Sum refers to a multitude of one-bite dishes that can be eaten at breakfast, lunch or dinner, mainly accompanied by tea.

As we have said before this “multitude of dishes” indicates that each of them has a different preparation. Dim Sum can be sweet or savory, fried, grilled and boiled. Each chef decides how to prepare them and which ingredients to use: dumplings and rolls filled with fish, meat or vegetables are some of the most popular, although you can also find them in buns, cakes and even soups!

Nowadays Dim Sum are synonymous with a family atmosphere, informal and popular, leaving behind the tranquility of Chinese culture and filling it with the colors and music of the West or the place where we are.
In King Street Wharf you can enjoy Dim Sum that have left surprised even those who visit us from the origin of tradition and taste, so you can not miss them.